“Rhoenrad(wheel gymnastics)” is originated in Germany. It is known as gym wheel or German wheel. The sport is not well known in Japan, while in overseas countries, especially Europe, it is one of the popular sports. Each competition is held domestically or internationally, practiced wheel gymnasts give their performances. While the sport is instructed to challenged people in many countries, e.g. Germany and Netherlands. Rhoenrad is highly acclaimed as the sport anybody can do. 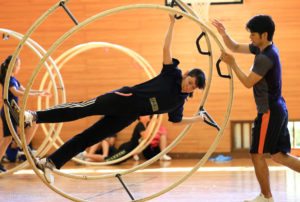 Rolling with gym wheel gives exercise for every part of the body. The person who rolls has to keep good posture while he/she is rolling. Rhoenrad is good for body toning. Moreover, the unique movement “upside-down” is unordinary in daily life. It provides various effects, e.g. circulation, prevention of back pain, and posture correction. By the way, Rhoenrad is more safety than it looks and the amount of its exercise is larger than it looks. 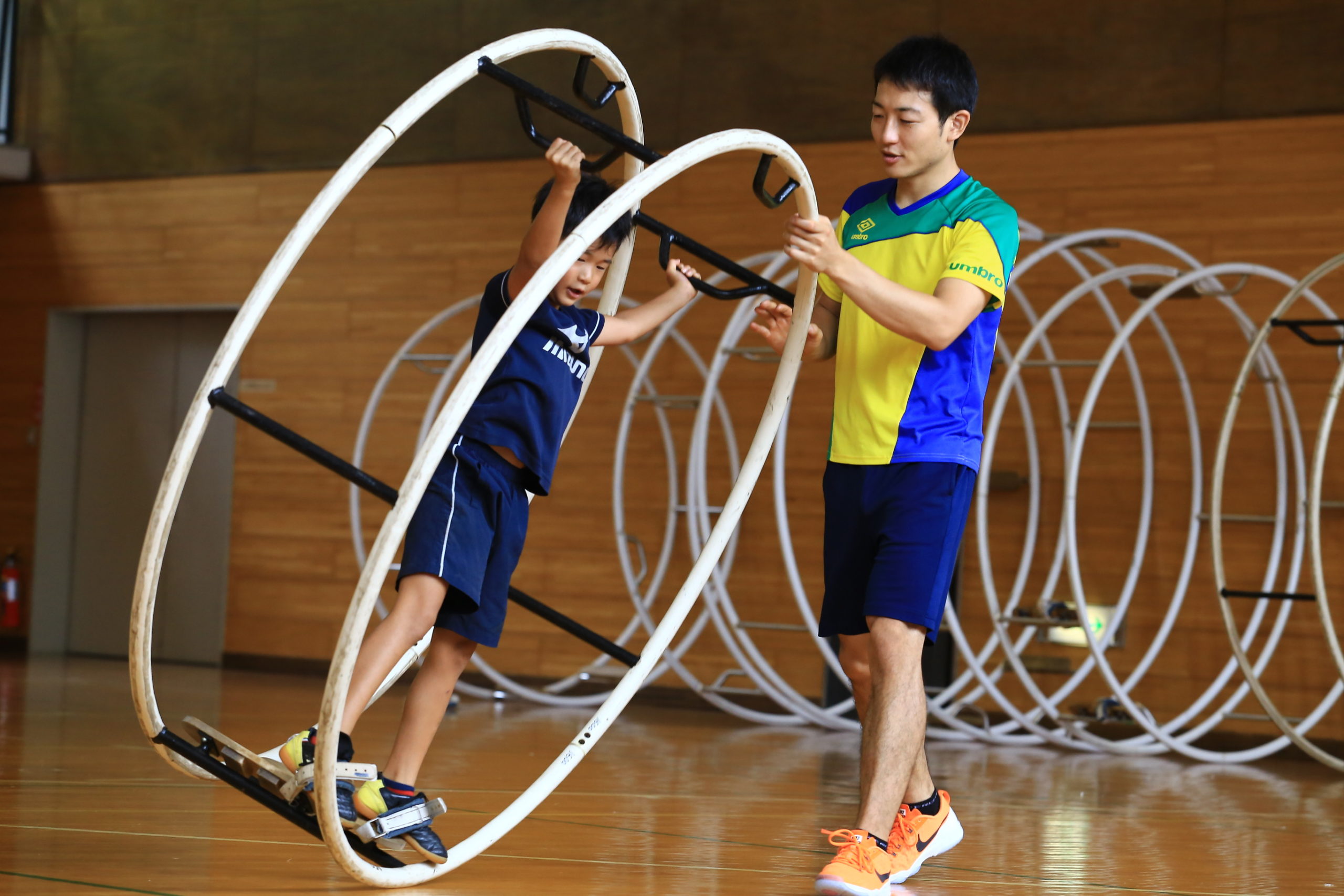 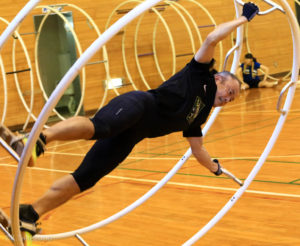 Rhoenrad was invented as a playing equipment by Otto Feick in 1925 in Germany. It called “Rhön Rad” in German. It means “the hoop(Rad) which is invented in the district of Rhön-Grabfeld in northern Bavaria, Germany”. In Japan, “Rhön Rad” is called “ラート(Rato)”, since it is difficult for Japanese people to pronounce “Rhön”. Rhoenrad has been developed as playing equipment or sport mainly in Germany. Even though its development was suspended due to WWII. After that first competition was held in 1960 in West Germany. Nowadays, Rhoenrad is continuous developed under German Gymnastic Federation.
While in Japan, Rhoenrad was called “Hoop(フープ)” or “Soutenki(操転器: it means a rolling equipment)” during the WWII. After the wartime, it was vanished. In 1989, Mr. Kiyonao Hasegawa brought it to Japan from Germany when he finished studying abroad. (Mr. Hasegawa is Professor in the University of Tsukuba. At that time he was a Lecturer in Tokai University.) This is the origin of “ラート(rato)” in Japan.
The development of Rhoenrad was started as new kind of sport in Japan. Nowadays, it has been experienced and enjoyed by many people, regardless of age and who has handicap. 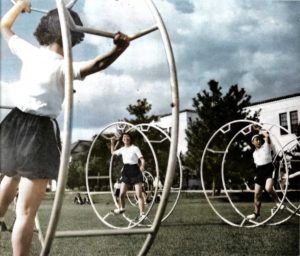 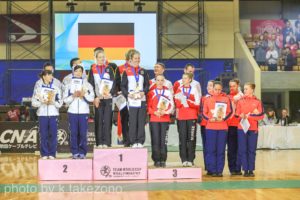 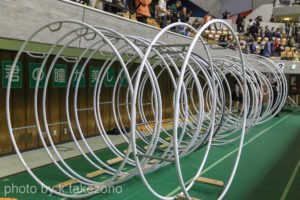